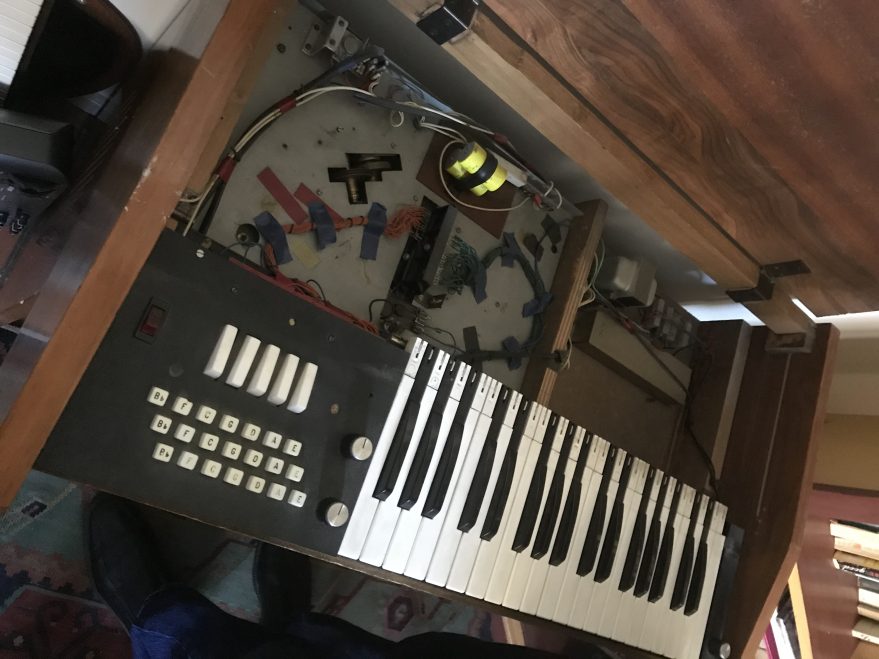 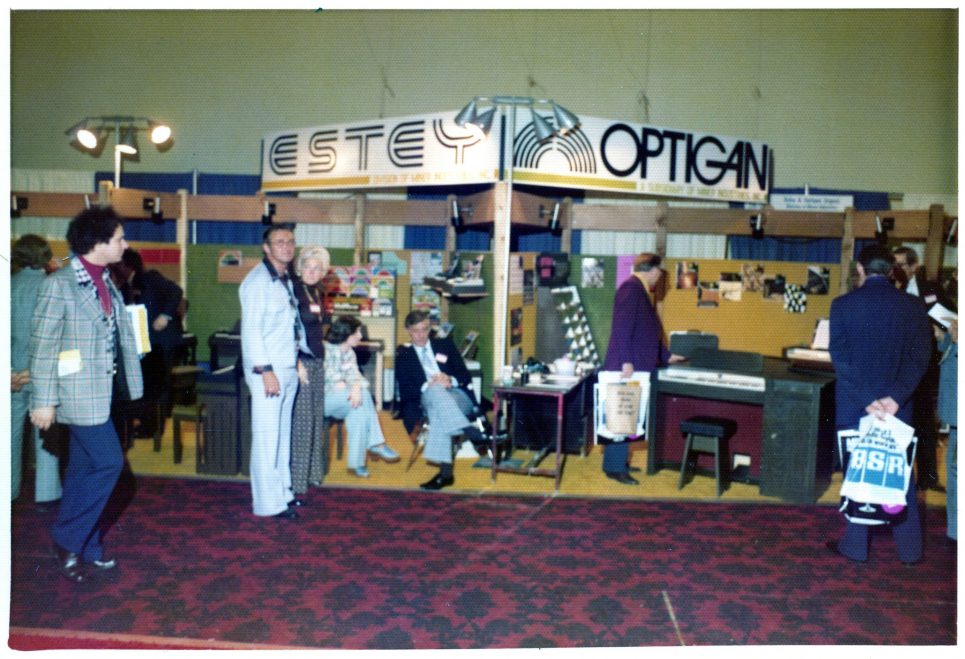 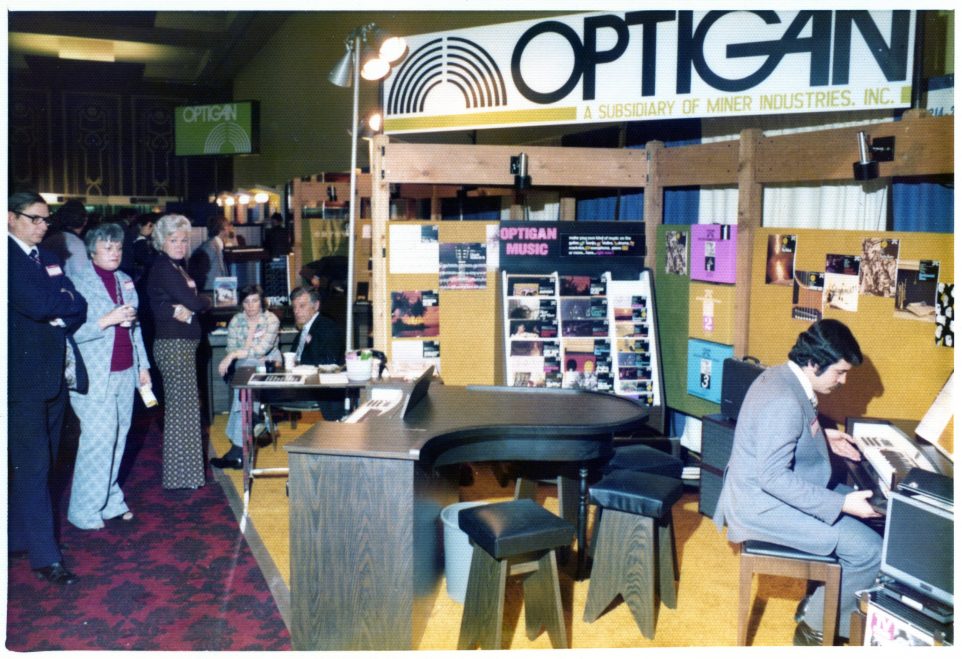 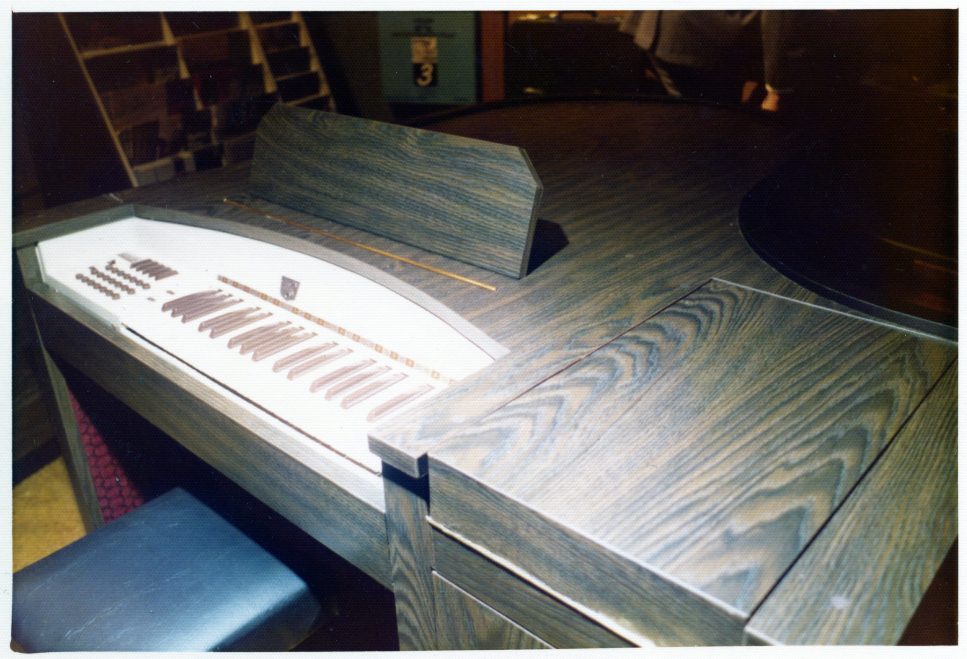 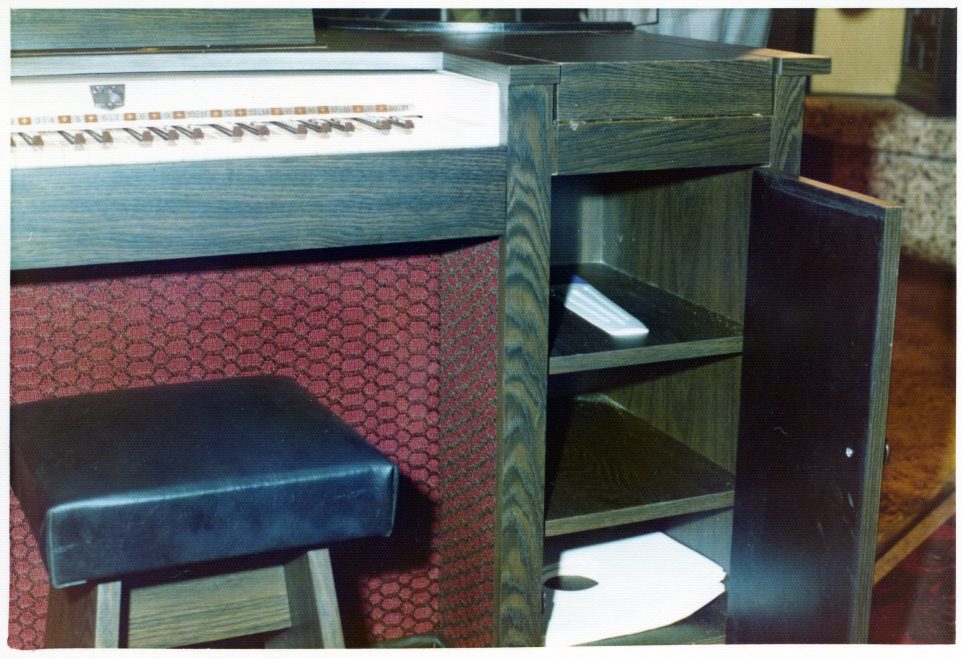 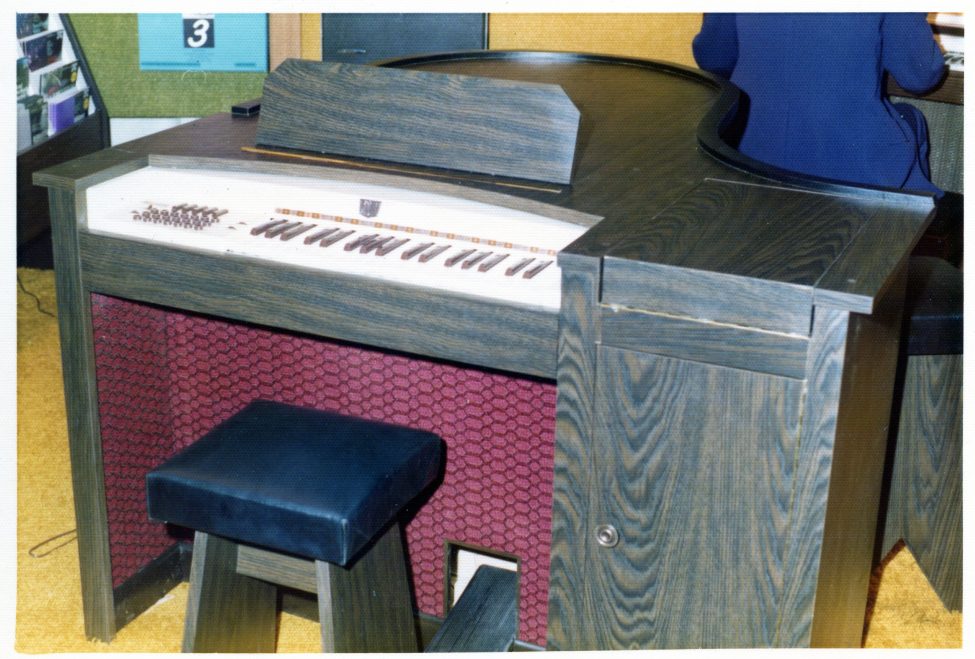 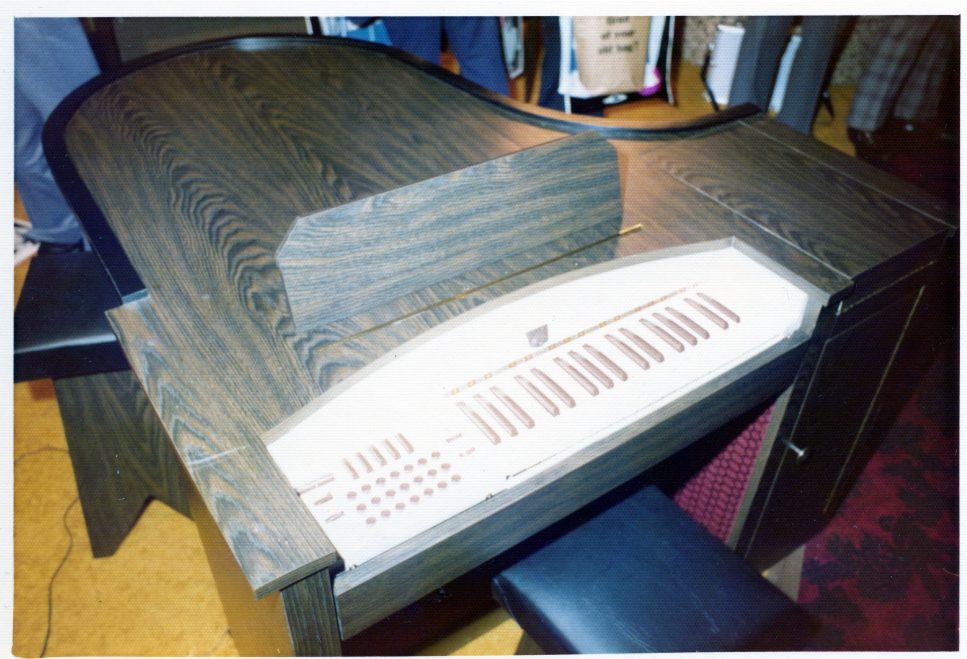 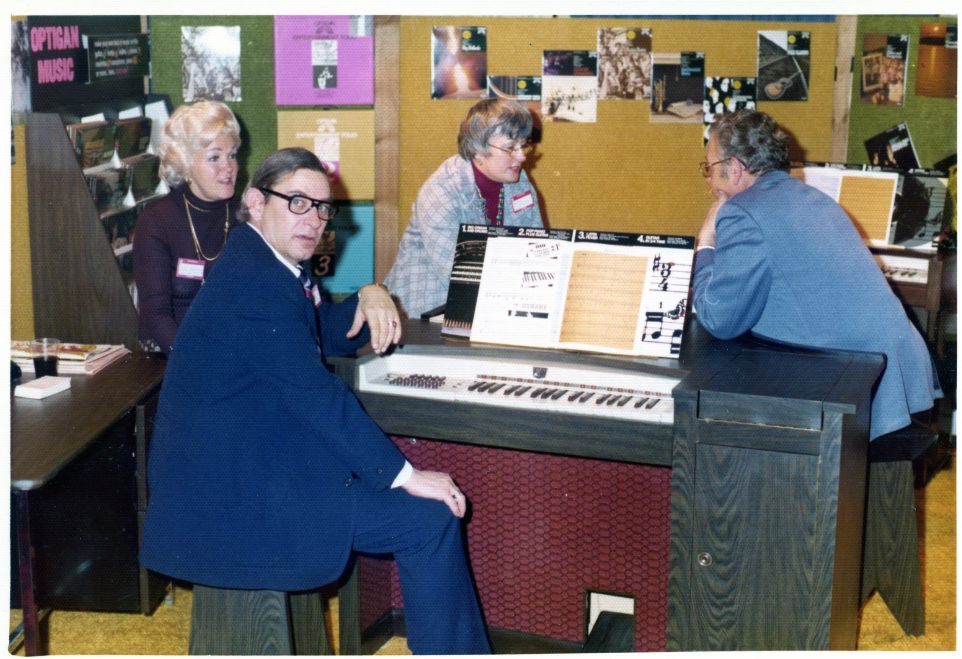 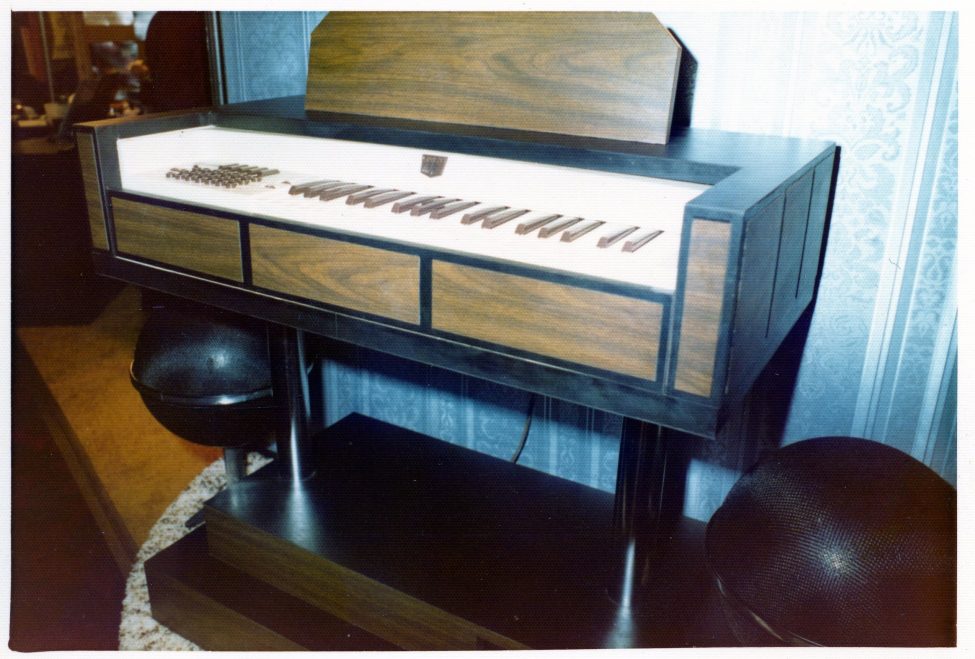 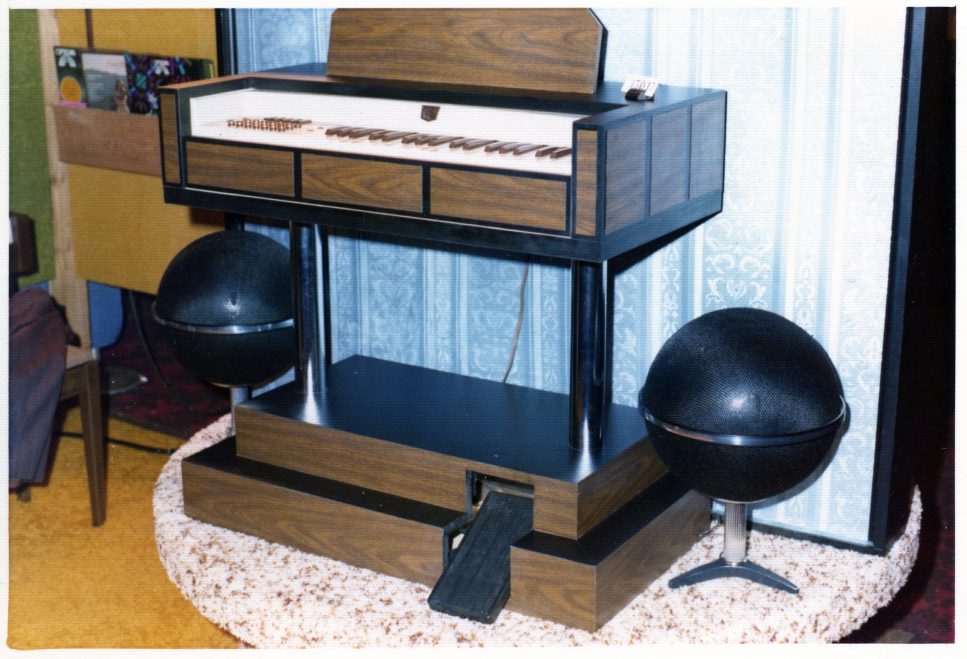 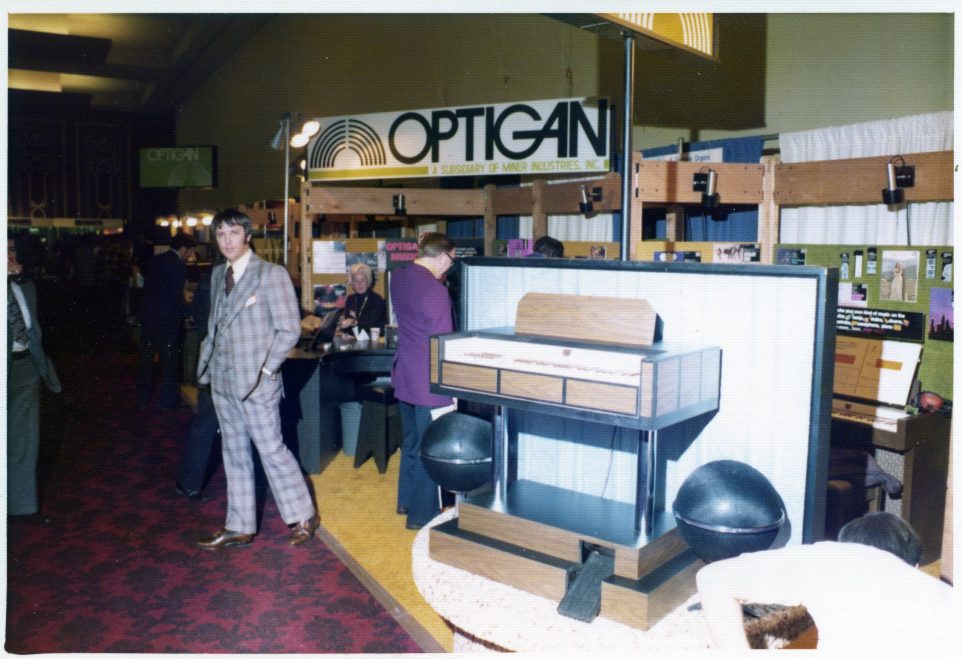 The earliest design concept for the Optigan® was a small organ containing something like an Edison Cylinder. When the keys were pressed, they would push down needles onto the audio tracks. This proved to be completely unstable, though, so the focus shifted to optical means. It’s doubtful that any of these prototypes still exist. If they do, they’re in the Mattel archives.

Our friend Mitchell Froom had a prototype Optigan® (first photo above) that was sort of a rough approximation of the finished product. He no longer has this Optigan.

As far as prototype production Optigans go, the only thing that’s likely to exist are possibly the four special models built specifically for promotional purposes. These sounded a bit better and were much tougher that regular Optigans. Mike’s not sure where they ended up, but he has a feeling that one or two might possibly still exist somewhere. Above are several photos of several prototype cabinet designs produced and exhibited by Opsonar at CES 1974, including an amazing piano-bar Optigan. These were one-of-a-kind protos and are not likely to still be in existence.

CONTINUE READING
Leave a Comment Cancel reply
Optigan® is a registered trademark of Pea Hicks/optigan.com in the US and EU.