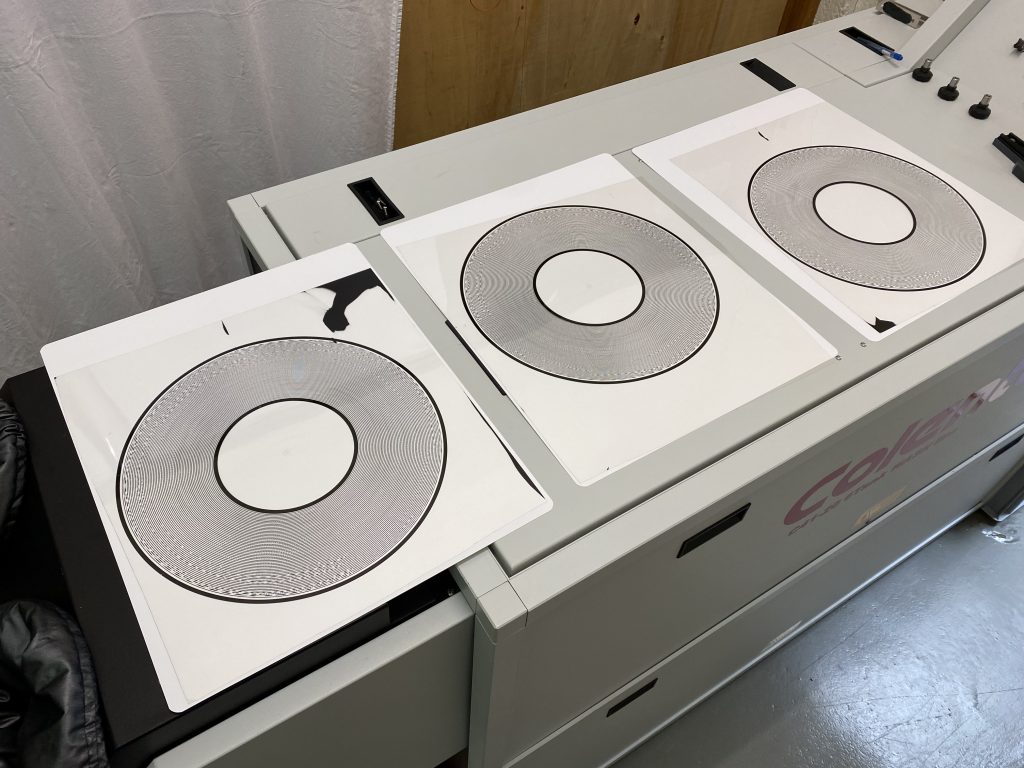 Some time ago, I worked with a German photo plotter company plot a test disc. They did not have trouble plotting it, but they used a different type of film than we need. They developed the film with whatever film processor they had in-house. The film had a texture that gave the image a “fogged” appearance. This resulted in a noisy disc.

I had been working with an Austrian photo processor company on the requirements for modifying a small x-ray film processor to work for our discs. I told them about the German photo plotter company, and they were interested in contacting them for future business.

Since I need to acquire both a plotter and processor, I wanted to get some test plots made with the correct film to evaluate these machines working together. I suggested that the processor company reach out to the plotter company to collaborate on the test. I sent them a test file on June 20.

I just got an email today (July 19) from the Austrian film processor company. They received the undeveloped photo plots from the German plotter company and have processed the film through the custom photo processor. I had them plot master images (see attached). They said that the films look clean and clear. They also said the black splotches on the film were probably from handling (it’s better to develop the film right after plotting, and also in the same location!)

They also sent me details on the developer time, temperature, and quantity of chemicals used.

Tomorrow they should be sending me the exposed films for evaluation.

The Fate of New Program Discs for Optigan®, Orchestron, and Panoptigon

This is Robert Becker, the guy that has been making program discs with Pea Hicks since 200

CONTINUE READING
Leave a Comment Cancel reply
Optigan® is a registered trademark of Pea Hicks/optigan.com in the US and EU.