I may have been the only enthusiastic Optigan® owner on the planet! I bought my first one in 1972 ($450) at a Department store – next to the washing machines! There was a demonstrator who attracted a crowd! I was mesmerized! The second one I got for only $250 a few years later. And I continue to be very nostalgic about them today. I was responsible for the sale of at least two others to friends who wanted them. I was 28 then – and amazingly to me – I’m now one of the ‘old fogies’ at 76 that young people barely notice. They would have noticed me back in 1972 in my red gown and brunette hair when I played the Optigan® at a wedding reception! Plus my husband and I owned a 1969 GTO convertible, and we were really ‘cool’ then – and were still considered cool at recent car shows where we still drove the GTO, which is 50 years old. The neighbors in our apartment building in 1972 were ready to have me evicted, I’m sure! We finally got our house in 1973 and I could play with wild abandon. i should have been a demonstrator. I played several ‘gigs’ at private parties and hauled it around. I had a good many Optigan® records (there may still be some in my house). Polynesian Village was my favorite. Loved to surprise everyone with the monkeys! Martin Denny for sure. I have been fascinated following your story on the Web (amazing!) and am so happy that you are keeping the memory of the Optigan® alive. I can always tell when commercials use the sound. I will end here by saying that the Optigan® taught me how to play the piano (I did play the clarinet but had to learn about chords plus the base clef), and I advanced to the Casios and Yamahas – no chord buttons needed. But I now have arthritis and can’t use my hands as well as I used to.

I forgot to mention that my second Optigan® was the Mediterranean model with the dark ‘wood’ and burgundy cloth PLUS the matching bench!!  Loved it!   (I still have the bench!!! – Very useful with the storage seat!)  We had finally finished our game room  in 1975 (built the house in ’73) and I wanted an Optigan® for the  new room – and found one at Sears for only $250.    I’m sure they were ‘getting rid’ of them around that time.  I was pleased that I now had one ‘upstairs’ and  one ‘downstairs’, but I was already worried about Optigan® ‘going out of business’  and that I wouldn’t have access to ‘repairs’ or ‘parts’.   I did have a few minor problems with the ‘sticky’ keys.  But, of course, there were no ‘repairmen’!   I now know that this instrument was  kind of ‘fly by night’ and not taken at all seriously by Mattel!   I can’t believe the amount of work that went into producing the records AND books.  I still have a few of the books.
For my own benefit I’m now trying to track the chronology of my total ‘keyboard’ history and my finally learning to play full 88-keyboard music with both hands – at 50 years old!   I was  amazed to finally reach that goal.    But it really all started when I first saw an ‘automatic chord’ organ made by Hammond called The Piper Autochord!  I’m sure you’re aware of it.   I saw it at a home show in 1971 and was so impressed by the quality sound and especially the automatic chords on the ‘reversed color’ black/white keys.     It was a very attractive ‘new concept’ to me. 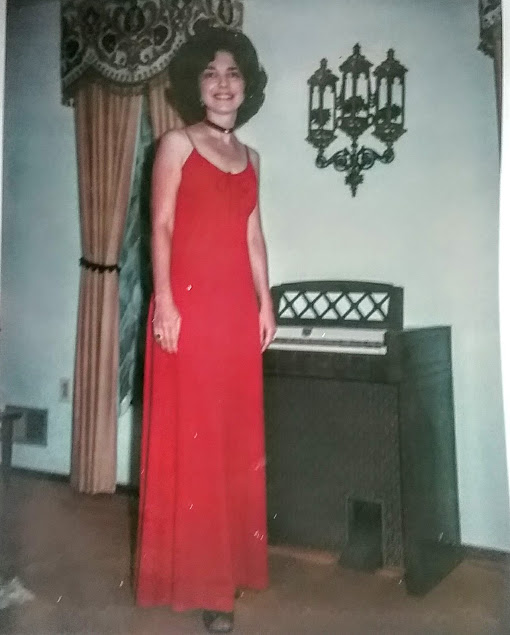 PHOTO 1 – This 1976 photo is in the living room in our new home, 5 years after I purchased the Optigan® in 1971 (cost $450).     I’m ‘dressed up’ because I was going to play music at a wedding reception at a Holiday Inn for a friend’s sons wedding (not a large affair!)   I can’t believe I had so much bold confidence to play at that reception.  I did receive some nice compliments, and an appreciative thank you note from the bride and groom.  Of course, I always played at parties at our home and sometimes when requested, transported the Optigan® to a friends’ home for their party. 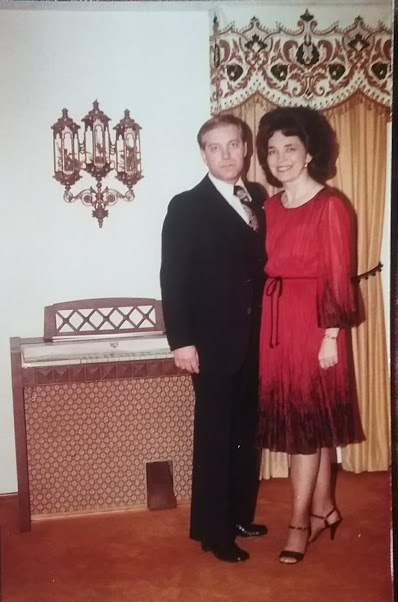 PHOTO 2 – From 1984, taken on a tripod, before we went out to dinner.It shows the true color of the ‘walnut’ model with the gold fabric. I always liked the ‘lattice’ music stand.  By 1986, this Optigan® was having problems and we moved it to my in-laws’ house for storage in their basement.  I put a small folding accent table in that space, and had no musical instrument there for many years! 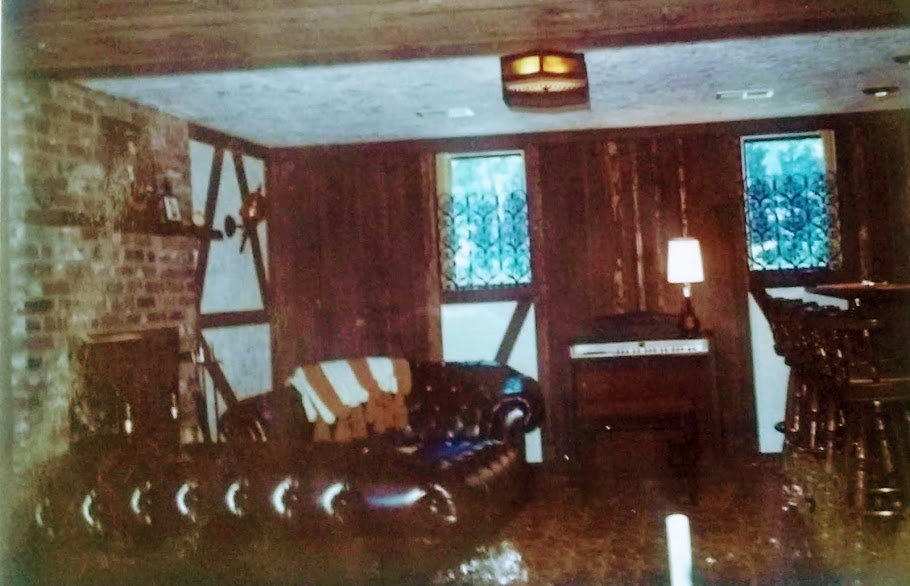 PHOTO 3 – Our newly finished game room in 1975. We purchased a  2nd Optigan®, in addition to the original one ‘upstairs’.   I was amazed to find a Mediterranean model at Sears –including the bench – for only $250!  But that’s when I discovered Mattel was abandoning production.  I wondered where we would get ‘repairs’.  Of course, we now know the answer to that. 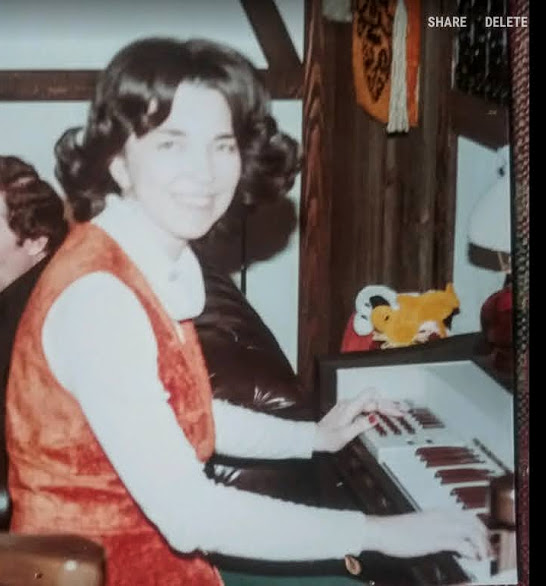 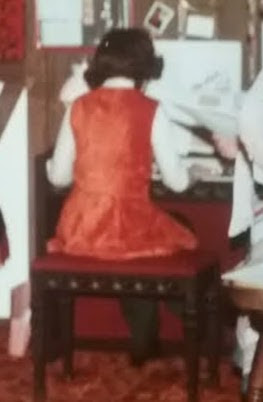 PHOTO 5 – This photo shows the Mediterranean bench, which is handy for storage.  This Optigan® remained in the game room until about 1997, when we took it to our in-laws home for storage, but keeping the bench, of course.   I put a desk there, and right away put a ‘new’ electronic keyboard on it – at first a Casio 61-key; then a Yamaha 76-key (which is still there).  So I was never without a keyboard in the game room. (I moved the Mediterranean bench upstairs, and finally bought a black vinyl one for the game room! 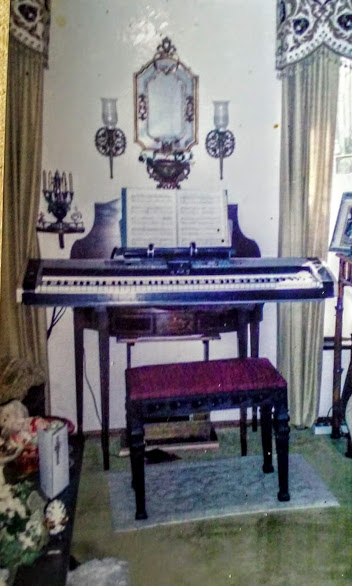 PHOTO 6 – Fast-forward to around 2005.  This area of our living room looks similar today.  You’ll recognize the Optigan® bench, sitting in front  of my fabulous 88-key Yamaha DGX505 digital keyboard, which is now 15 years old!  Unfortunately, I only play it occasionally, but it still sounds great.

But the Optigan® is still near and dear to my heart.  It  was the exact instrument I needed in 1971 to learn how to play a keyboard, after my 8 years of playing clarinet in school, from 1953 to 1961 – my total ‘music education.’   I always longed to play a piano, and I’m envious that the kids today have access to all of the fantastic portable keyboards.   In ‘our day’ you had to have an actual piano, and my parents had no room for one in our apartment.   We have come a long, long way, with these electronic wonders, with their amazing sounds and auto rhythms.  They are also computer compatible, and you can record what you play.

Thanks to my ‘learning’  experiences with the Optigan®, I was able to ‘move on’ to the new electronic instruments that arrived in the 1990s, which became and still are SO sophisticated.  I eventually learned to play some Classical piano music pieces (for beginning students) with both hands – a lifelong goal, even though it took me until I was 60 to accomplish it!    So today I have two Yamahas (one upstairs, one downstairs) and I still enjoy playing songs with the various auto-rhythms and keyboard sounds.

I very much appreciate all the exhaustive research you have shared so that the Optigan® is not forgotten! Thanks to you, music enthusiasts can learn about the crazy saga of the Optigan.  It’s a miracle  it was manufactured at all!

I read with great enthusiasm the story by Kathy Niklewicz above (on https://optigan.com/old-school-optigoner-shares-stories-vintage-photos/). I myself demonstrated Optigans in a SEARS department store in 1972-3-4 in the Eastview Mall near Rochester NY! I had first seen the instrument at a Long Island flea market in an old aircraft warehouse in Farmingdale, Long Island, NY in about 1971. I was a craft artisan there, creating and selling carved walnut-veneer wooden names on necklace chains; the wood coming from old stereo cabinets. On a break, I browsed the other vendors…and then I saw this man standing next to a strange chord organ I'd never seen before. I asked if I could play it, and he invited me to try it, and he explained the disc system and the electronics. I play keyboards by ear, and so within minutes I was rockin'-out all the pop songs of the time on the Optigan! I visited that vendor and the organ many days while I was doing my crafts.
The next year I graduated from the State University of NY in Farmingdale, and transferred to the State U. of NY school in Geneseo, about a half-hour from Rochester, NY in 1972. The school ran a bus trip to the nearby mall in Eastview, and my girlfriend and I went to the mall sometime in the fall of '72. There is where I first saw Optigans in the stereo department at Sears. I asked the manager if I could try them, and sat down and rocked-out like I did at the flea market. A large crowd gathered to hear it, and I invited anyone to try it. I actually made a few sales that day, and the department manager offered me a job playing it on the 4 weekends during the upcoming holiday season. I took him up on it, and since I didn't have a car on campus, I HITCH-HIKED every Saturday and Sunday through the snowy farmlands to get to the mall! I played all afternoon and evening with no breaks because I loved it, and the crowds were there every time I played! (Strange – I never gave a thought to jumping ship from school and becoming a traveling demonstrator – but I know I would have loved it!) At the end of the first December the manager told me he got a letter from corporate stating that our store sold more Optigans than any other Sears store that year! I have to wonder if I WAS THE DEMONSTRATOR that Kathy saw! And, yes the Optigans sold for exactly $450 as she said.
After 2 years of holiday season Optigan demonstrating, I graduated, and offered to demo them in my local Long Island Mall stores, and you could hear me playing every holiday season at the bottom of the escalator across from the Clinique fragrance department counters! I played in Bloomingdales for 3 seasons as part of the Special Events in the store, and later in Abraham & Strauss and Macy*s over the following years. I bought my demonstrator Mediterranean model at my first season with Bloomies, and dragged it around to play parties and coffee houses everywhere for the next 5 years. It's showing a bit of mechanical wear in the sounds of some keys, and I'm looking for help repairing this 50-year-old instrument.